Most of us rely on groundwater

In Western Australia most of the water we use comes from groundwater.

Groundwater is a hidden water resource that is recharged from rain that seeps naturally into the ground and is stored in spaces between soil and rocks, called aquifers.

Our State’s groundwater is a natural source of water that is usually good quality and the lowest-cost source that provides substantial public and private benefits.

Groundwater provides water for drinking, for agriculture, for irrigating parks, ovals and household gardens as well as for mining and for other industries. It also supports the natural environment and its biodiversity, Aboriginal culture and outdoor recreation which all help make Western Australia an attractive place to live and visit.

Groundwater plays an important role in Perth’s total water supply. It is Perth’s largest natural source of good-quality water that is easily accessible at a relatively low cost.

Groundwater is accessed directly by thousands of water licence holders and by about 180,000 households who use garden bores. These water users typically abstract from the shallow aquifer – Perth’s Superficial aquifer.

Water Corporation abstracts groundwater from the Gnangara and Jandakot groundwater systems via an integrated network of over 150 bores which access the shallow and deeper aquifers (Leederville and Yarragadee aquifers). Groundwater from these groundwater systems is used by Water Corporation to supply drinking water through its Integrated Water Supply Scheme (IWSS). The IWSS delivers water to households and businesses in Perth, the Goldfields and agricultural region and some parts of the South West.

Most of Perth’s total water supply comes from groundwater

About 70 per cent of all the water used across Perth and Mandurah comes from groundwater. This water is treated and used as drinking water; used to grow our local produce, water our gardens, parks, ovals and public spaces; and used for industry and manufacturing. 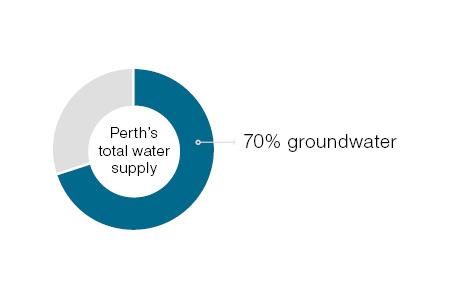 In the early 1900s, Perth’s Integrated Water Supply Scheme (IWSS) sourced its water from dams that were full of water from rainfall runoff (streamflow).

Water Corporation now sources its water for Perth’s IWSS from:

Find out more about water supply near you at Water Corporation’s website:
www.watercorporation.com.au/Our-water/Perths-water-supply

Groundwater use at home

Did you know that drinking water from your kitchen tap or bathroom shower may contain groundwater?
If you have a garden bore, you’re also sharing Perth’s precious groundwater.

Climate change means Perth will continue to get less rainfall, so we need to conserve groundwater

Perth’s average annual rainfall has declined by about 15 per cent since the mid-1970s.

Climate change means we can expect further declines in rainfall and rises in temperatures. This means less rainfall runoff into Perth’s dams, but it also means less water recharging the aquifers of Perth and Mandurah.

Protecting our precious groundwater resource is a major focus of the new Kep Katitjin – Gabi Kaadadjan – Waterwise Perth Action Plan 2 that outlines the next steps towards establishing world-leading waterwise communities for Boorloo (Perth) and Bindjareb (Peel) by 2030.

We all need to use groundwater wisely if we want Perth to remain the liveable, vibrant and green city we know and love. 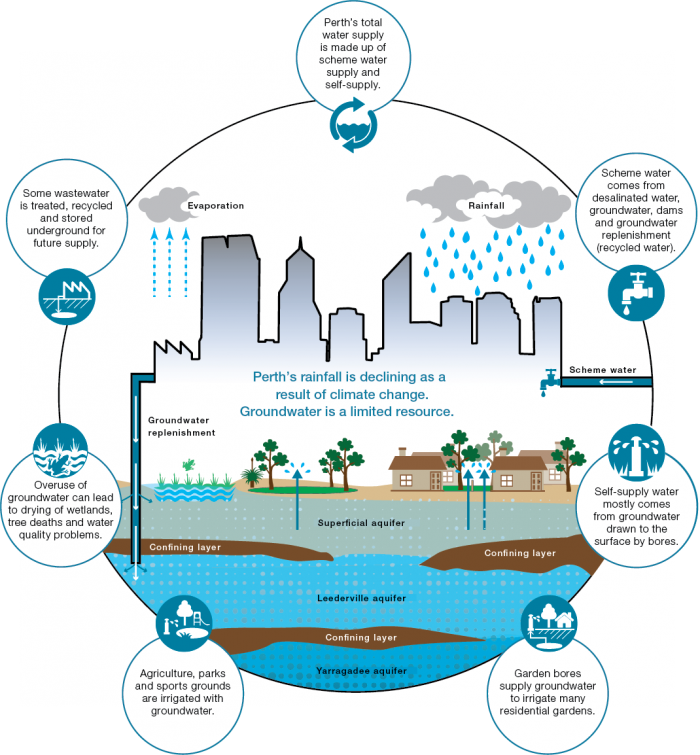 Most of Perth’s water comes from groundwater, which comes from rainfall that filters down into aquifers. We use bores to take out groundwater for drinking water supply, gardens, sporting grounds and agriculture. Groundwater also supports wetlands, bushlands and urban trees.

Find out about managing the Gnangara groundwater system 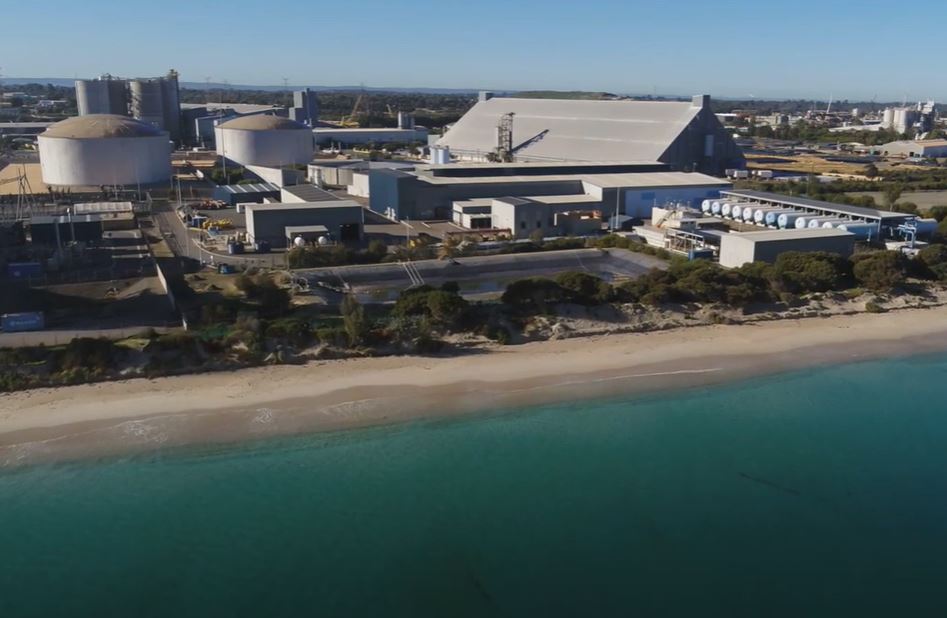 Find out about where Perth’s scheme water supply comes from 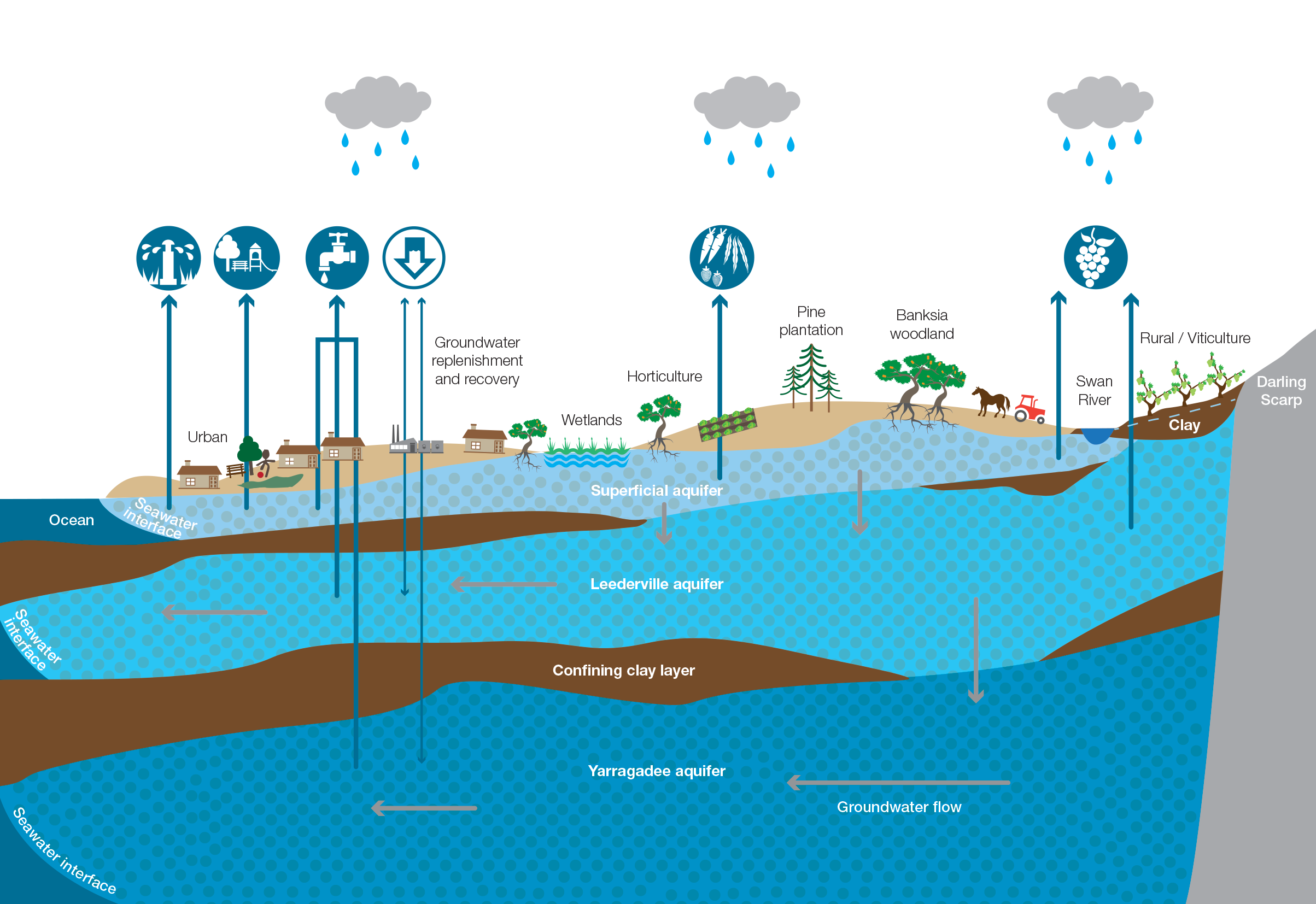 Find out about groundwater in WA